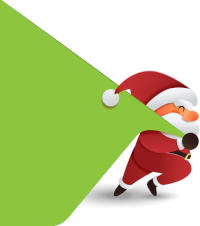 Get any DL533N Series, RGB LED Display module, or Development Kit product with a +15% special discount!

At least one Development Kit multi-reader category item brings you a 5% extra discount on your chart total!

Be the first to review this product

FC RFID contactless reader/writer µFR Classic CS  is a less sized version of the  µFR Classic  NFC Reader. It is a card-size RFID NFC reader/writer primarily designed as a professional tool for IT companies and individuals engaged in RFID NFC solution development.

NFC RFID contactless reader/writer µFR Classic CS  is a less sized version of the  µFR Classic  NFC Reader. It is a card-size RFID NFC reader/writer primarily designed as a professional tool for IT companies and individuals engaged in RFID NFC solution development.

This small but powerful device is fully featured and fully NFC compatible. It is available with USB, UART (TTL), or RS232 connectivity options.

In addition to the final product in an attractively designed and customizable case, µFR Classic CS RFID NFC reader/writer is also available as an OEM NFC module with a connector of the customers’ choice.

Who is it for?

µFR Classic CS NFC reader is primarily intended for development companies and individuals (professionals and hobbyists) for further applications and turnkey solutions development. For this reason, it comes with a fully-featured Software Development Kit, including firmware, libraries, source code examples, and documentation for various platforms, operating systems, and development environments. We launch upgrades frequently (including firmware, libraries, and API), all available to download at our official website for FREE.

In addition to the facts mentioned above, our free, extensive, and fast-responsive support brings RFID NFC Reader Writer – µFR Classic CS to a unique position in this industry sector.

This RFID NFC readers’ RF communication is based on its robust, highly integrated NXP IC interface. The device operates on HF 13.56 MHz and successfully communicates with cards, labels, wristbands, and tags of ISO/IEC 14443 A, ISO/IEC 14443 B, and ISO/IEC 18092 standard.

With outstanding modulation and demodulation concepts, and many integrated 13.56 MHz contactless communication protocols, this device implementation becomes reliable and simple for every RFID NFC solution developer.

Besides, this tool supports all other tags compatible with the listed above.

Even though the supported technologies list is already comprehensive, our development team constantly works on product improvements and upgrades, staying in line with this technology's global trends.

THIS RFID MODEL IS ALSO AVAILABLE AS AN OEM NFC MODULE.

At the core, on the communication level, the device uses a Digital Logic unique proprietary  communication protocol .
µFR Series firmware contains many complex built-in functions that can be called via libraries explained in  API docs .

Most of the functions are developed to make „ life easier” for developers and integrators by decreasing their development time, such as:

Frequent firmware updates include new features, improvements, and bug fixes while preserving backward compatibility with the previous versions.
Accordingly, project code and developed software are safe, so there is no need for any changes after a firmware upgrade.

All firmware updates and upgrades are FREE and available at the Digital Logic official  GitLab repository .

Libraries are cross-compiled for various platforms and so far support:

Our team is ready to develop additional libraries on client requests. The request realization speed depends on our current project plans and eventual partnership agreement.

All examples are written for all major developing platforms and languages, such as:

Our team is ready to develop additional  SDK examples in other programming languages on client requests. The request realization speed depends on our current project plans and eventual partnership agreement.

The package includes a set of very useful SDK source code software and executable apps. Some of these are:

The documentation contains a detailed explanation of API and communication protocol references.